Submit a word About Home
Onomatopoeia Dictionary
Words that sound like the thing they refer to: Imitative words

Exclaimation of dismay, commonly used, and originaly created by the Peanuts gang by charles Schulz. Used frequently by charlie Brown in the following situations: Losing a Baseball game, Having the football pulled away by Lucy, In an embarrassing situation. Also used by other members of the peanuts gang and can be used as a roaring sound to scare someone. 1) Linus: I told her about how you're madly in love with her, charlie Brown: Aaugh!! 2) Snoopy: It's not the things that go 'bump' in the night that scare me. It's the things that go 'AAUGH!'. Urban dictionary

Fox vocalization. Rarely heard guttural chattering with occasional yelps and howls, mostly heard when animals are in close proximity to one another. Popular Science

large family of bird species. Example: the gray-crowned babbler (Australia), also sometimes called the yahoo, after one of its calls. The name babbler or chatterer may come from the birds' continuous raucous babbling/chattering when in groups. about this bird

BAMF in the Marvel comic books represents the sound of X-Men character Nightcrawler when he transports himself. The sound is caused by air rushing into the area where Nightcrawler's body once was

interjection similar in meaning to fooled you! or gotcha! after a prank. It first appeared in the tv sitcom The Big Bang Theory and is used by the character named Sheldon. It probably comes from the word zing and ba and a may just have been added for added effect. See video of Bazinga!-moments

to utter the characteristic loud harsh cry of a donkey

Sound of a chainsaw

A bumblebee (also spelled as bumble bee) is any member of the bee genus Bombus, in the family Apidae. They are characterized by are characterised by black and yellow body hairs, often in bands. Etymonline: 1520s, replacing M.E. humbul-be, alt. by assoc. with M.E. bombeln "to boom, buzz," echoic, from PIE base *kem "to hum," echoic.

1. a sibilant humming sound, like a bee (also: bzzz, hum) 2. the sound of a buzzer 3. a confusion of activity and gossip, chatter, talk. Also used as a verb "the bees were buzzing", "he buzzed a servant"

a fast rhythmic ballroom dance of Latin-American origin with a basic pattern of three steps and a shuffle. The name is derived from the rhythm of the guiro (scraper) and the shuffling of the dancers' feet

sound of a helicopter. Find all helicopter sounds

to converse easily and familiarly. also a name for small birds, such as the warbler

name of bird species, named by its song. about this bird

the short vibrant or trilled sound, characteristic of an insect (as a grasshopper or cicada)

1. chatter, prattle 2. to make an abrupt striking sound or series of sounds, such as footsteps 3. cry of a bird , especially fowl. see also: cackle, cluck 4. Sound of a late 19th century gun being closed after loading, according to a reply to a yahoo!Answers post about the sound of old guns

interjection used to express sudden recognition of a foolish blunder or an ironic turn of events, popularized by The Simpsons tv cartoon series, in which main character Homer uses it often. also: doh.

the sound produced by fully-automatic weapons in action. Use in computer gaming: Acquiring "more dakka" leads to a faster rate of bullet discharge and thus improves the player's overall chance of taking out hostiles ref

Sound of a bass-guitar. From: Mike Dirnt, the bassist of the rock band Green Day. Dirnt's birth name is Michael Ryan Pritchard. According to Wikipedia, at school, he would would often play "air-bass", pretending to pluck the strings, while making the noise, "dirnt, dirnt, dirnt". As a result, his schoolmates began to call him "Mike Dirnt". See also Yahoo Answers. Related: wub wub, wob wob and other sounds of bass in dubstep music.

(Psophodes olivaceus) bird species found in eastern Australia. The Whipbirds' long "whip" call, one of the most characteristic sounds of the Australian bush, is performed as a duet. The male makes the drawn out whip crack and the female usually follows quickly with a sharp "choo-choo". about this bird

A flighty or whimsical person, usually a young woman. In modern use, it is used as a slang term, especially in Yorkshire, for a gossipy or overly talkative person. Its origin is in a meaningless representation of chattering.

the chatter or cackle of geese

pig vocalization, the deep short sound characteristic of a hog

signature laugh of Nelson, a character from The Simpsons. Nelson is a bully at Bart Simpson's school, and he laughs at anyone who is in danger. His laugh is also written as "Haw-Haw!". link to sound

Hummingbirds are birds that comprise the family Trochilidae. They are among the smallest of birds. They can hover in mid-air and fly backwards, Their English name derives from the characteristic hum made by their rapid wing beats. more

coughing sound, used by a recurring character named Lorraine from the TV show Mad TV. She makes this sound when clearing her throat, also perhaps in disgust and/or satisfaction as well as in times of awkward silence to ease the tension. It is normally accompanied with a saying such as "god that's cute" while she unknowingly destroys the property of others when checking things out. Laymen can make this sound as well in their everyday life to add comedic relief to a conversation making references to Lorraine, as well as to describe something disgusting. Video: Clip 1, Clip 2, Clip 3.

Pika, also repeated pikapika, is Japanese and means shiny or sparkly. It is an example of sound symbolism in Japanese. The name of the Pokemon character Pikachu comes from 'pika' here meaning the sound an electric spark makes, and 'chu', the sound a mouse makes. 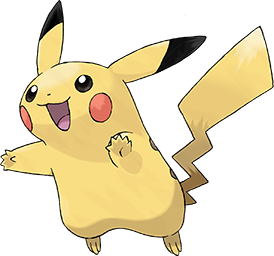 (Ortalis vetula) a large bird in the Cracidae family. The call is a loud, raucous RAW-pa-haw or cha-cha-LAW-ka, often by several birds in a rhytmical chorus. link1, video

To talk or chatter idly or meaninglessly; babble or prate. Possibly of imitative origin. Etymonline

Word imitating the sound of the side-drum and used for music pieces, especially in opera, of a military-march character.

sound of an electric drill (ref)

First used by Astro on the cartoon The Jetsons and later by Scooby-Doo in the Scooby-Doo cartoon series; both characters are dogs who speak broken English with the insertion of many r's. Wiktionary

sound of walking through mud. from:

sound of walking through tall grass. from:

sound of a woodpecker rapping with his beak on a tree Plays of Edmond Rostand: The Eaglet

Sound of a chainsaw being started

an infection of the respiratory system caused by the bacterium Bordetella pertussis (or B. pertussis). It's characterized by severe coughing spells that end in a "whooping" sound when the person breathes in

signature laugh of cartoon character Daffy Duck, often uttered when Daffy has to escape from someone he has just pulled a prank on

to sing by suddenly changing from a natural voice to a falsetto and back; also: to shout or call in a similar manner

- Try synonyms (eg. if saber does not give you results, try sword, cutlass or blade)

- Truncate (eg. walk will give more results than walking because it returns everything that has walk in it including walked and walks)